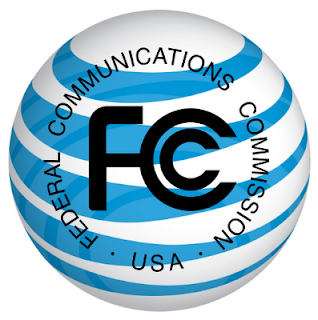 The FCC has made 2 significant moves recently. One was about Special Access and the other on the VZW-cable spectrum deal.

The FCC on August 23, 2012 suspended special access rules that govern price flexibility. "In a vote split along party lines, the agency said it will suspend the rules while it looks into whether or not the special access market is competitive." Special Access are circuits like T1 and higher traditionally found in the FCC Tariff of ILEC's. "The rules being suspended said that these companies could raise the rates for special access based on certain triggers that indicated when a market had become competitive." [washpost]

Sprint liked the decision by the FCC, even if it lasts until the agency reviews special access rules and pricing. Some folks didn't like it. Halting Deregulation of Special Access Will Slow Transition to Next-generation Networks Or so the headline says. "For would-be investors, innovators and entrepreneurs, government has once again injected uncertainty into the broadband marketplace." Unlikely. There isn't as much investment in telecom as there are debt holders. Certainly debt holders are investing, but not for expansion.

Telecom is in a shift from legacy service to all IP. It will happen because it has to. Legacy CLEC are becoming unprofitable due to LEC competition, cable pricing and special access costs. The move to cloud is out of necessity not s omuch demand. They need to pull off cloud to rely less heavily on access - since they just cannot compete for access anymore. Special Access pricing hurts CLEC's, but helps the ILEC's by shutting out competition. (What ILEC's don't get is that when you have a healthy wholesale business, cable - your worst nightmare - has more competition.) VZ's answer to cable competition? I can't beat them so I will join them, which brings us to the second FCC decision.

On August 16, 2012, the DOJ approved the VZ-SpectrumCo deal between VZW and the cable cartel - with some restrictions.

"The DoJ prohibited Verizon from marketing and selling the cable companies' services in any of its wireless stores in areas where Verizon also offers its at-home FiOS broadband service. However, both Verizon and the cable companies can still heavily advertise their joint-offerings in markets where they used to compete as part of nation-wide advertising campaigns." [HuffPo]

The FCC approved the deal on 8/23/12. Critics say it will kill competition. I agree. ILEC's have given up on FTTx and DSL, allowing cable to own two-thirds of the consumer broadband, voice and TV market. This also results in cable winning the small business battle for anything sub-$500 (and maybe as high as $750). It's mainly dumb pipe, but it is as massive a monopohttp://www.blogger.com/img/blank.gifly as the RBOCs have in cellular, where VZW and ATT own about 75% of the US market. Sprint, T-Mobile, Clearwire, MetroPCS, C Spire and US Cellular are in a dogfight for just 25% of the market! The CLEC's exist in a similar situation in business voice and Internet. It will get worse if VZ is allowed to clip copper.

VZW is selling some of the spectrum to T-Mobile, who needs it and has mad break-up cash from ATT. "The Commission also placed strong data roaming requirements on Verizon."

This deal went through because the CTIA and the RBOC's have beat the spectrum thirst drum. "Let me be clear. Despite the claims of Verizon and AT&T, there is no "looming spectrum crisis." We do however have a spectrum management crisis," writes Free Press. But DC, lobbying and the media helped to push this through.

Susan Crawford said it best: "As policymakers finalize this gargantuan deal, they should keep in mind that America's economic future needs a diet rich in fiber that enables competition and treats our digital future as something more than just an appliance." Otherwise, we see this: "We are stuck in this primitive state with company lobbyists who are buttering up policymakers just to jam consumers."

ATT is making waves with its policy for iPhone Facetime. Free Press is calling it a violation of Net Neutrality.

The RCA thinks that the conditions on the VZ-Cable deal will work. HA!