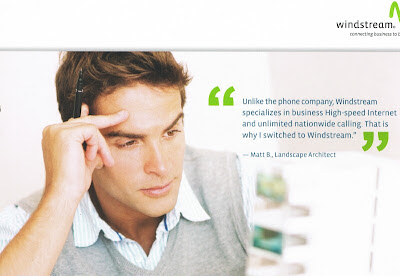 "Unlike the phone company, Windstream specializes in business high-speed Internet and unlimited nationwide calling. That is why I switched to WIND." Apparently, this customer doesn't get that, as a CLEC, WIND is a phone company. Maybe educating the marketplace isn't always a good idea! 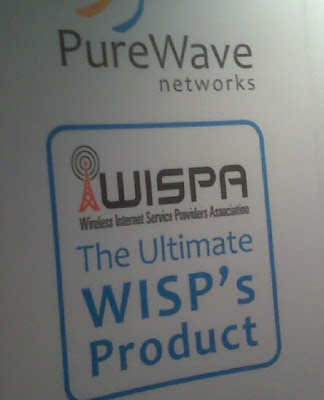 This was a nice banner at ITEXPO. Nice to know that some vendors are proud of their WISPA sponsorship. 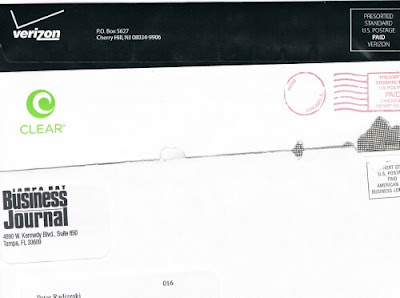 All the same day: junk from Clear (Clearwire), Verizon and The Tampa BizJournal. And the Post Office is broke???? My mailbox has more junk mail than bills, cards and important stuff combined! 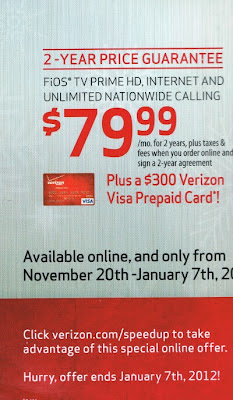 And of course I still get at last 2 pieces of solicitation from VZ a week. This is why FiOS was declared a financial mistake by VZ CFO: ARPU is under $100 and the take rate is less than 50%. That wasn't in their financial modeling for FiOS. VZ expected ARPU closer to $150 and 45% or more penetration with lower churn. Reality is bitch.