One of my favorite bands is Pearl Jam. I love the music and their passion. The band expends a lot of energy on charity and fight wrongs. There is a debate over if PJ is over-rated. I think many bands can take a business lesson from PJ. And so can you.

The PJ model is similar to Grateful Dead. Dave Matthews, Phish, PJ and the Dead all had a tribe. They have a relationship with that tribe. They make products and songs for that tribe. They built community - more than a fan club. They give back. They rake in bucks. PJ makes $2.5 million per night in concert. 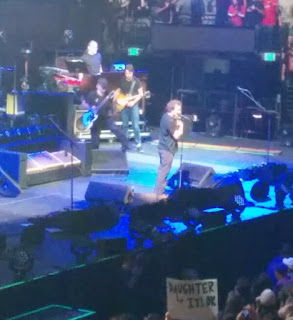 Not everyone is going to like your music. That's fine. Focus on the ones that DO like your music. Move them through the funnel. They listen on the radio (or Pandora or YouTube) for free. Maybe they buy an mp3. Release live albums or singles, even different versions of the same song - and occasionally throw in a cover. Invite people to the fan club. Tickets to concerts get released into the fan club first (to cheat scalpers). Special merchandise is fan club only. A gift gets sent every year to the fan club members. They go to shows - usually more than one per year.

You should be doing the same thing. Why aren't you? Don't want to bother your customers?