Telecom Growth and Your Business

"According to the new industry market study, telecommunications services revenue on a worldwide basis will grow from $2.1 trillion in 2012 to $2.7 trillion in 2017 at a combined average growth rate of 5.3 percent." [TechJournalSouth]

Globally, wireless is where it is at. In the US, cellular is where the Big 2 are betting all their marbles. Every other market segment is flat or declining - wireline, broadband, TV, voice. This is a real problem.

Calix thinks that 2012 will be the year of the regulator due to the FCC's inter-carrier comp and USF reform rules. Already the big 3 rural groups - NECA, OPASTCO, WTA - petitioned the FCC to clarify and re-think the reform. The NTCA is challenging the reform in court. Of course it is. No one likes change, especially when it means all that easy money that you have been sitting back and receiving is going to slow down or stop. It means that you have to put on your thinking cap.

It's time to RE-THINK the ISP and TELECOM business model - especially RURAL. 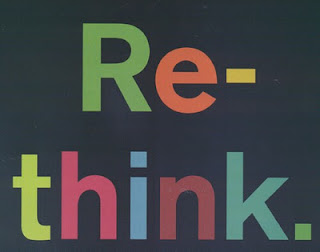 Dane @ Sonic.Net sent me an article about the Net Promoter Score, "a management tool that can be used to gauge the loyalty of a firm's customer relationships," according to Wikipedia. It basically comes down to this one question to your customers: "How likely is it that you would recommend our company to a friend or colleague?"

You need to be developing WOM - word of mouth marketing - which leads to referrals, which is the best lead generation source. However, you need to be doing this proactively. You need to be interacting with your customers - even when they don't have issues.

Some companies look at subscriber numbers or revenue, but the real number is profit (for privately held companies). The metric of ARPU isn't as important as Lifetime Value of the Customer (LVC). Why? In The Channel, carriers have found that customers from a Telco Agent (like RAD-INFO) have lower churn and higher ARPU, which actually means that the LVC is higher.

In the year that Copper gets more respect (VDSL2 and EoC advancements); mobile devices (iPhone, iPad, Kindle Fire) get more and more media attention; and cloud is still the raging buzz word, where does your business need to go?

Gretzy reminds us to skate to where the puck is headed, not where it is.

It isn't just about what is the next product to launch, it is:

Look at all the M&A in 2011. VZ-Terremark, TWC-Navisite, CenturyLink-Qwest-Savvis, and so many others. There is a shake up going on. Are you missing it?

Polycom is known as an IP Phone company. It has big market share (and is the last independent hardware video conferencing at the end of 2011). But in 2012 Polycom CEO Andrew Miller wants you to think about Polycom as a software company. And TWC wants to be known as a Broadband company.

What do you want to be known as?