Listen to All of Your Customers

Many of my clients are do-it-yourself types. As the big guys buy their way into Cloud, Hosting and Managed Services (HCMS), smaller players will try to build their own to compete.

It's certainly cheaper today to build than before. You can use Amazon and other cheap suppliers.

Think it out carefully. Plan it.

Don't build on the cheap.

You need a Leader who will have ownership in the project and has budget authority.

Where will the talent / skills come from? Who will pay to keep them current in certification and knowledge?

Be prepared to Fail. It's okay to fail, if you can admit your mistakes (then fix them).

Accept customer input for improvement. I bring this up because too often customer input is disregarded to the eventual detriment of the relationship. 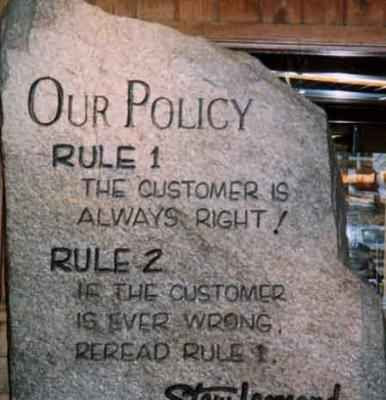 And the Cloud -- someone's data and apps or even virtual desktop or conference bridge -- is nowhere to play around. (Voice either, but that's a given). If you sell conferencing, chances are your customers are using it to gain new customers. If it doesn't work, it reflects poorly on them -- and costs them revenue!!

If they are using your network and your Cloud services, they want/need five nines, especially for something like virtual desktop, Citrix, Hosted PBX, ERP, CRM, EMR. I know that sounds crazy, but that's the customer expectation - unless you are free like Facebook or Twitter.

Lately, I hear where there are blips but the service provider either shrugs, blames the ILEC, or says there isn't anything wrong. That is how you piss off the customer and destroy your brand.

I'll leave you with one more for you Hosted PBX folks: If your customer calls about annoying phone calls, LISTEN to them. I was getting many phone calls from the local Skype number. It started at 5 a day and increased to 10. One night I answered and they said it was a bomb threat. I called my phone provider and the FBI. FBI said Whatever! Phone guy was limited in what he could do. (Blocking that number would have been great.) So I forwarded calls to voicemail, which is exactly what they wanted. They hacked the voicemail system and rang up $2500 in International charges to my account.

Security and data replication and backup are going to be important and expensive, but you will need both.

Just some things to think about as the world goes Cloud around you.