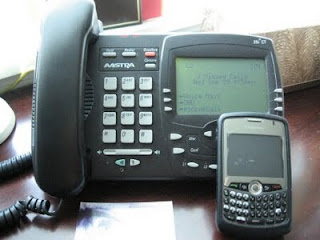 Paralells is a web hosting platform that now integrates with Hosted VoIP from the likes of 4PSA VoIPNow. Aretta Communications, which is now Cbeyond Cloud Services, is delivering hosted virtual asterisk servers in a container via Parellels. [Here's the case study.]

M5 launched call recording on demand for its customers earlier this year. Now M5, who now run on their own platform instead of Broadsoft's M6, have launched the help button on Cisco phones.

Smoothstone has a 3 digit dial # for help desk, but this is one smart way to utilize the smart desk phones sitting right there.

Locally, there's a really smart dude named Charles Armstrong of SparkLabs. He's one of a couple of guys like Jody Haneke, that I like talking to because they give me a new perspective. Charles' view is about UX - user experience. How to make something cool and stupid easy for the customer. That's something to strive for.