Background: For almost twenty years, the Internet flourished under a light-touch regulatory approach.

[me] For almost 20 years there was actual competition. There hundreds of independent ISPs. That is why it flourished.

[me] and then consolidation hit. The pie stagnated with stagnated wages for most Americans. We had that huge downturn in 2006-2008. Remember that? Oh, and Verizon spent $26B on FiOS - and didn't get the 50% return they expected. ILECs called for - and received in over 20 states - deregulation.

[me] You know where we are now? Cable is the incumbent voice provider to more than 60% of households. Yeah, the ILECs were fat and happy on rate of return and USF money and fighting with CLECs. They missed the cable threat.

[me] For Telco TV the telcos HAD to invest in their networks for the first time in ages! And the timing was awful. 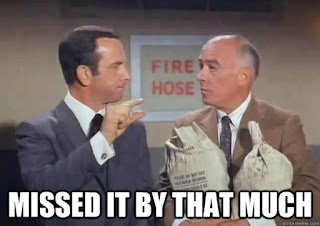 [me] TV is OTT now. But it wouldn't be without a watchful FCC.

[FCC]The Internet became an ever-increasing part of the American economy, offering new and innovative changes in how we work, learn, receive medical care, and entertain ourselves.

[me] Again wouldn't have happened without competition and a vigilant FCC.

[FCC] The Commission’s 2015 decision to subject ISPs to Title II utility-style regulations risks that innovation, serving ultimately to threaten the open Internet it purported to preserve.

[me] Really, because that regulation didn't affect anything since it was enacted. NOTHING! And Title II didn't affect WAN or Voice development or innovation. You know what destroyed Innovation? Consolidation and Greed.

[me] Monopolists don't know how to innovate or compete except through litigation and buying regulation. Thanks for being a pawn! Bell Labs was a separate entity (like PARC was for XEROX) but that is where all the innovation happened. Nothing new since they sold it off to Lucent.